Oh, the joy of a good question.

It’s hard to believe it’s been five years since I spotted “The Complete Book of Questions” — a little book tucked between texts that were twice its size — while working at a public library.

I was so delighted by the book that I read all 1001 of them, then selected 50 to pose to my friends on Facebook.

I think the list is worth re-posting, and re-pondering.

I can’t remember which questions are verbatim and which are paraphrased, or if they even appeared in this order, but I do know they start simple and get more personal.

I’m really curious about which questions will pique your interest. Please feel free to tackle them in the comments below!

50 good questions to ask yourself and others

1. What are your nicknames? What do you prefer to be called?

2. What books on your shelf are begging to be read?

3. How often do you doodle? What do your doodles look like?

4. What do you do if you can’t sleep at night? Do you count sheep? Toss and Turn? Try to get up and do something productive?

5. How many days could you last in solitary confinement? How would you do it?

6. Do you save old greeting cards and letters? Throw them away?

7. Who is the biggest pack rat you know?

8. When making an entrance in to a party, do you make your presence known? Do you slip in and look for someone you know? Do you sneak in quietly and find a safe spot to roost?

9. What is your strongest sense? If you had to give one up, which would it be?

10. How many times a day do you look at yourself in the mirror?

11. What is the strangest thing you believed as a child?

12. What is one guilty pleasure you enjoy too much to give up?

13. Who performs the most random acts of kindness out of everyone you know?

15. Which animals scare you most? Why?

16. Are you more likely to avoid conflict or engage it head-on?

17. What was the most recent compliment you’ve received and savoured?

18. What is something about yourself that you hope will change, but probably never will?

19. Are you a creature of habit? Explain.

20. Are you high maintenance? Explain.

21. When was the last time you really pushed yourself to your physical limits?

22. Do you have a whole lot of acquaintances or just a few very close friends? Why?

23. Are you more inclined to “build your own empire” or unleash the potential of others?

24. What’s a strange occurrence you’ve experienced but have never (or rarely) shared with anyone?

25. What do you think about more than anything else?

26. What’s something that amazes you?

27. Do you prefer that people shoot straight with you or temper their words? Why?

28. Where’s your favourite place to take an out-of-town guest?

29. What’s one thing you’d rather pay someone to do than do yourself? Why?

30. Do you have a catchphrase?

31. What’s your reaction towards people who are outspoken about their beliefs? What conditions cause you to dislike or, conversely, enjoy talking with them?

32. How and where do you prefer to study?

33. What position do you sleep in?

34. What’s your all-time favourite town or city? Why?

35. What are the top three qualities that draw you to someone new?

36. How has your birth order/characteristics of siblings affected you?

37. If you could eliminate one weakness or limitation in your life, what would it be?

38. If you could restore one broken relationship, which would it be?

39. If you had to change your first name, what would you change it to?

40. Do you believe ignorance is bliss? Why or why not?

41. What do you consider unforgivable?

42. Have you forgiven yourself for past personal failures? Why or why not?

43. How difficult is it for you to forgive someone who refuses to apologize?

44.Do you hold any convictions that you would be willing to die for?

45. To what extent do you trust people? Explain.

46. In what area of your life are you immature?

47. What was the best news you ever received?

48. How difficult is it for you to be honest, even when your words may be hurtful or unpopular?

49. When did you immediately click with someone you just met? Why? What was the long term result? Conversely, are you close with anyone now that you really disliked at first?

50. When do you find yourself singing?

21 thoughts on “50 good questions to ask yourself and others” 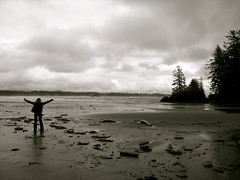 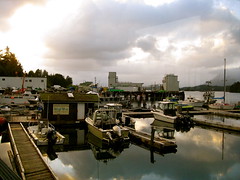 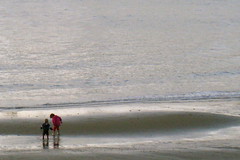 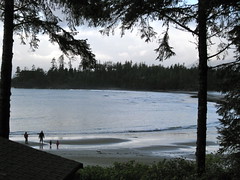 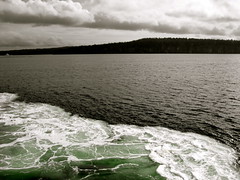 Hi everyone! There are two kinds of photos on this website: (1) My original work - unless otherwise specified, my photos are classified under a creative commons license and I invite you to share and adapt them with attribution for non-commercial purposes. (2) Images from Flickr's creative commons -- I also use many pictures that I get through the creative commons, but I encourage you to check individual licenses if you'd like to re-use any of these external works